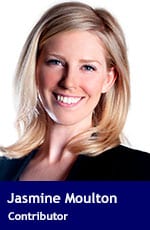 Few images could inspire as much disgust as a bunch of fat-cat politicians laughing at the suggestion of pay cuts while hundreds of thousands of their constituents struggle with the stinging reality of job loss. But Ontarians didn’t have to use their imaginations last week because this loathsome spectacle was on full display in the provincial legislature.

On Feb. 17, an Ontario member of provincial parliament (MPP), Roman Baber, put forth a private member’s bill calling on all Ontario MPPs to take a pay cut. The bill, entitled the We Are All In This Together Act, would reduce all 124 Ontario MPPs’ salaries to $500 per week (the same amount as the Canada Emergency Response Benefit) while the province’s emergency orders remained in place. Currently, Ontario MPPs are paid a salary of about $2,235 each week ($116,550 per year) before taxes.

Cynics are quick to call Baber’s proposed legislation a stunt. But even the silliest stunt conveys some truth. And politicians could have used it as an opportunity to seriously consider the need for pay cuts to reflect the reality of the people they represent.

Instead, MPPs turbo-charged the cynicism cycle.

The speaker tossed the motion the following day, noting that salary changes must be made through legislation. But the stunt was unforgivably tone deaf, especially against the backdrop of the province’s devastating job numbers.

On Feb. 18, Ontario’s financial accountability office released a report showing Ontario had lost 355,300 jobs in 2020. Accounting for those who worked fewer hours, the total number of jobs affected rose to 765,340, or one in 10 jobs. The province shed a further 154,000 jobs in January alone, according to Statistics Canada.

The suffering is real. Ontarians are hurting. The least their elected officials could do would be to take a pay cut to help shoulder the financial burden of COVID-19 and show some solidarity with the struggling taxpayers who pay their six-figure salaries. It would certainly provide politicians with a better understanding of the hardship faced by those who have lost their paycheques over the past year.

Politicians around the world and across Canada have voluntarily reduced their salaries during the pandemic. Canadian examples include city councils in Burnaby and Lethbridge which both took a 10 per cent cut, and Halifax’s Mayor, Mike Savage, who took a 20 per cent pay cut.

Ontario’s debt will hit $398 billion by the end of this year and its deficit will be over $38 billion, according to the province’s budget released in November. While cutting politicians’ pay won’t come close to fixing the province’s financial woes, it would provide politicians with the moral authority to ask Ontario’s government employees to take pay cuts.

Given there’s more than 1.3 million government employees in Ontario and the cost of their compensation accounts for about 50 per cent of the province’s operational spending each year, even a 10 per cent pay cut could save taxpayers over $7 billion annually.

Calandra’s motion was a disgrace, and Ontario politicians who jeered and laughed alongside him should be ashamed of their behaviour. Politicians need to remember they work for the taxpayers who pay their salaries. They should all take pay cuts immediately.

Jasmine Moulton is Ontario Director of the Canadian Taxpayers Federation.

Jasmine is one of our Thought Leaders. Why aren’t you?

For interview requests, click here. You must be a Troy Media Marketplace media subscriber to access our Sourcebook.